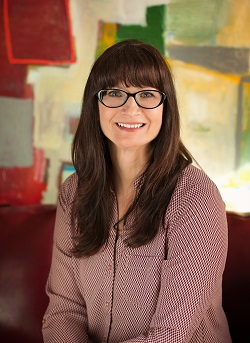 Handheld lasers or laser pointers have conventionally been considered safe for eyes. However, there has been an increase in laser pointer eye injuries over the last four years.

This could be attributed to the ease with which laser pointers can be purchased online, and how little the FDA is able to control these purchases. The most common injuries are suffered by males under age 18.

Laser eye injuries vary greatly depending on the strength of the laser, the type of light it emits, and exposure time.

There are five laser classifications. Class I are considered safe from all hazards, they include CD players and laser printers. Class II are less than 1mW, these include laser pointers commonly used in classrooms and aiming devices. Damage is caused by looking directly into the light for more than 15 minutes.

Class IIIa include 1-5mW devices. Some laser pointers do fall into this class. Direct viewing of the beam can be hazardous to the eyes, even for brief amounts of time. The American National Standards Institue (ANSI) is the body that regulates lasers manufactured and sold in the US. ANSI standards classify that all laser pointers must be Class IIIa or less.

Handheld lasers can be more powerful, and the last two classes of lasers fall into this category. Class IIIb lasers include 5-500mW devices. These lasers are used in spectrometry or entertainment laser light shows. Direct viewing of this laser light is hazardous to the eyes, even briefly.

Class IV lasers are stronger than 500mW. They are commonly used in surgery, for drilling, cutting or welding. These easily damage eyes and skin.

Consumers are generally unaware that a laser pointer or handheld laser can be so dangerous. Also, the specs on the side of the laser do not always match the output the laser actually has. Oftentimes when the actual light emitted from the laser is measured it is many times more powerful than what is on the label 1.

Also, different colors of lasers can be more dangerous. A thought would be that reactively we can protect ourselves from the laser light by just quickly closing our eyes. However, often there are infrared light rays mixed with the green or red light, which are not in the visual spectrum. We do not have an aversion response to these rays, and therefore may look at them longer. Blue and violet lasers are alarmingly high powered, and can cause damage before there is a chance to close one’s eyes 2.

The damage to the eyes varies from temporary flash injuries (which usually happen with low powered lasers) to macular holes and permanent central retinal injury. The macula is the area in the retina that is responsible for central vision, and if it is damaged it can result in severe visual acuity decrease. There are cases of laser injury resulting in legal blindness 3.

Treatment is controversial and still being studied, but an ophthalmologist or optometrist should be consulted immediately if damage is suspected. If appropriate, that provider will refer to a retinal specialist also.
How can we protect ourselves and our children from this danger? The FDA has published guidelines for consumers regarding laser pointers and hand held lasers 4.

The FDA also recommends that if you have a laser pointer that isn’t labeled or if you don’t trust the labeling, consider the following:

Most times common sense is the best defense from these types of injuries. But, with laser related eye injuries being on the rise, and with the technology so easily accessible, it’s important to stay informed.